Thanks Cathy, for helping Sansa learn some proper dog etiquette and for providing her with an exciting environment that she loves being part of.

Sansa, our highly intelligent German Shepherd started coming to Cathy’s this winter and she now looks forward to her Wednesday “day off” with enormous enthusiasm. We brought Sansa to CJ’s after we spend $500 at the Vet’s to find out that Sansa was bored. We were worried that she had some sort of urinary issue, but it turned out that she was filling up on water to tease the cats before they could have a drink!! Apparently this was a game she devised to keep herself amused. We had thought that having two boys, three cats, two very devoted adults and a couple of acres of property would be enough to keep Sansa physically and mentally stimulated, but it was not enough. Sansa now has a once a week visit to CJ’s to just be a dog and romp with the pack. Sansa loves this time and really does feel she is entitled to her weekly holiday. She knows when it is Wednesday and starts herding me to the door from about 7 a.m. until we leave just after 8. Normally she follows her own morning routine, but not on Wednesdays! She is like a kid asking “are we leaving yet?” Once we get to Cathy’s she doesn’t even look back to say good-bye – she is gone through the gate to begin her own day where she has made friends with the other dogs. While Sansa is an excellent watch dog in our own home, she does not bark at Cathy’s, so we know she thinks she is on vacation. Since we have started her visits to Cathy’s, Sansa has stopped teasing the cats quite so much. We have also notice that Sansa has much better manners with other dogs. We often care for my father’s rather testy hound dog who Sansa used to really annoy, and we worried that she would get injured. We could not leave the dogs alone. This is no longer an issue. It seems that Sansa has learnt how to properly behave around another dominant dog. We recently received compliments on Sansa’s doggy etiquette when my husband took her camping. When she met other dogs she knew how to greet them, and the other owners were very impress!
ed with Sansa’s manners. She did not know how to behave around other dogs before we brought her to Cathy, who patiently helped Sansa adjust to being part of a pack. We have learnt from this experience, just how much stimulation an intelligent dog requires and we have learnt that sometimes a dog just needs to be a dog – not a human or a cat! Thanks Cathy, for helping Sansa learn some proper dog etiquette and for providing her with an exciting environment that she loves being part of.

← It gives me peace of mind knowing that she is in a safe environment, and is treated like one of Cathy & Malcolm’s own.
I have nearly 300lbs of dog that I drop off to her place….and I know they will be treated like one of the pack in their own individual way. → 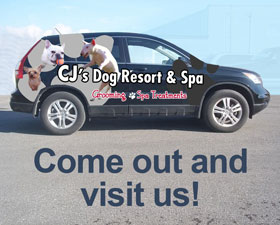 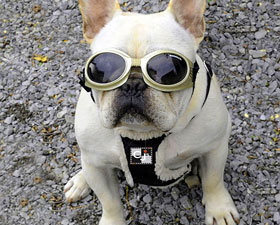